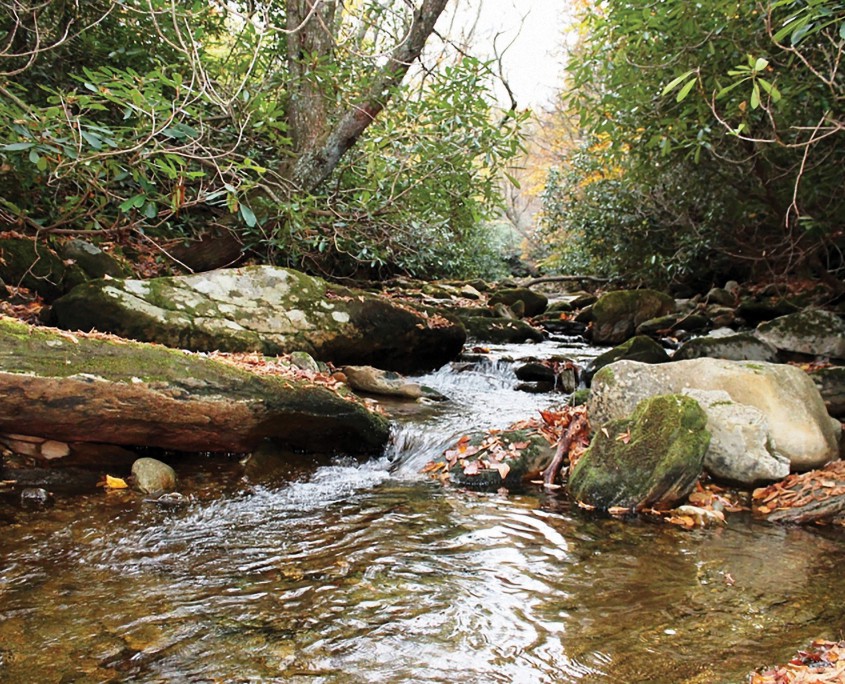 Thelma White’s farm adjoins the Blue Ridge Parkway where Boone Fork Creek flows from its headwaters on Grandfather Mountain. Abraham Lincoln was president when her great grandparents first settled here, southwest of what is now Blowing Rock. Today, she lives in the same house where she was born in 1925.  She fondly recalls helping raise cabbage, corn, rye and oats, as well as chickens, cows and hogs on the family farm. Thelma’s life has been shaped by this farm—through her experiences and her memories of living on the land.  Pointing below her farm, Thelma says, “Once there was only one house, and now there are just houses everywhere.”

“My father just did not want to see this land mutilated—that’s the best word I can think of,” Thelma says. “People start cutting into a place, selling an acre here and an acre there. Before you know it, the whole thing is gone.”

Thelma decided to do something that would protect her land. In 1999 she donated to the Conservation Trust for North Carolina a conservation agreement to preserve her land in perpetuity. The agreement prevents subdivision, development, and other disturbances of the natural setting, thus fulfilling Thelma’s vision of her land as a lasting legacy.

“This land is a gift to me,” she says. “God simply entrusted it to me while I am passing through this life. I just feel privileged to have lived so close to God’s beauty.”